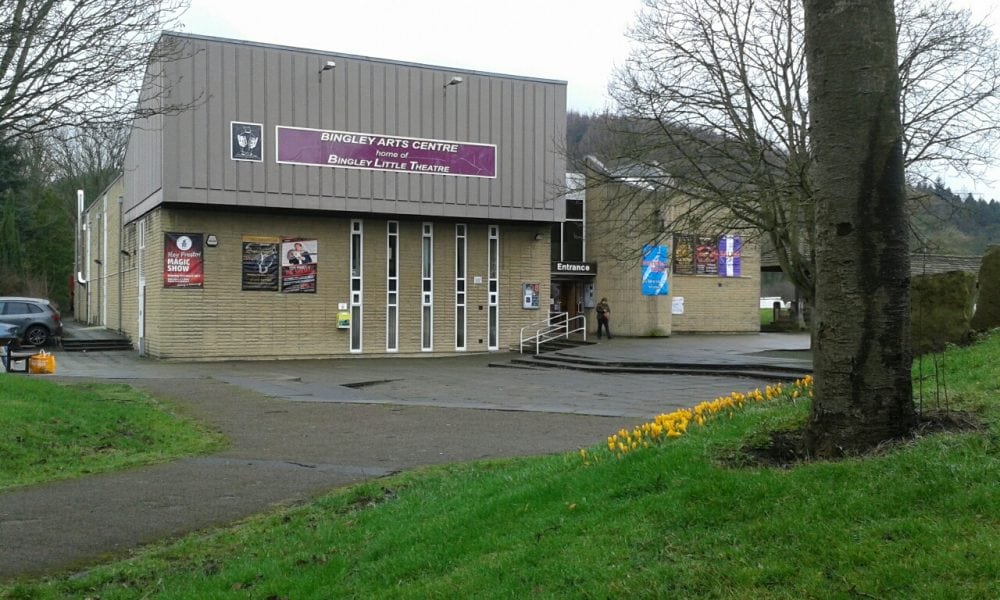 Several of our local schools have recently been taking part in a project designed to help young people use and apply their maths skills – the 4LC Forward Learning Community real-life maths community project. On Thursday 9th February, groups of pupils involved in the project presented their ideas for ways to spend the council’s budget to several councillors at Bingley Arts Centre.

All the councillors were greatly impressed by the amount of thought and preparation that had gone into the work and by the confidence of the presenters. Two schools – Bingley Grammar School and Crossflatts Primary – had ambitious ideas for the old BBBS site, including a leisure and retail park (with cinema and trampoline park) and flats. Priestthorpe Primary School was also keen to deal with an eyesore, the Annex across the road, which they hoped to bring back into use with extra classrooms, a gym and an underground tunnel to escape the speeding traffic.

Saltaire Primary School devised a community garden for the centre of Bingley which made use of lots of recycled materials, and Beckfoot Grammar School continued the horticultural theme with their plans for planters in which the town could grow healthy fruit and vegetables, along the lines of the Incredible Edibles project pioneered in Todmorden. Finally, Eldwick Primary School’s group had acted on their concern about speeding drivers in local streets and designed and costed new signage urging motorists to slow down.

Councillor Chris O’Neill is the Council’s link with the project and is now coordinating a report with councillors’ feedback on the presentations and project. Some of the projects relate directly to concerns and items already on the council’s agenda and we will try to accommodate the pupils’ ideas where we can.

This website uses cookies to improve your experience while you navigate through the website. Out of these, the cookies that are categorized as necessary are stored on your browser as they are essential for the working of basic functionalities of the website. We also use third-party cookies that help us analyze and understand how you use this website. These cookies will be stored in your browser only with your consent. You also have the option to opt-out of these cookies. But opting out of some of these cookies may affect your browsing experience.
Necessary Always Enabled

Any cookies that may not be particularly necessary for the website to function and is used specifically to collect user personal data via analytics, ads, other embedded contents are termed as non-necessary cookies. It is mandatory to procure user consent prior to running these cookies on your website.